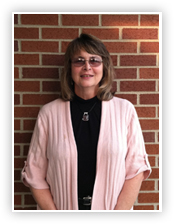 Shirley Haar was appointed to Fiscal Officer (Clerk) in 2003, elected Fiscal Officer in November 2003 and re-elected Fiscal Officer in November 2007 , 2011 and 2015 and 2019. Shirley has resided in Perrysburg Township for twenty five years. She and her husband, Jim, have a combined family of two adult children, three grandsons, three step great grandchildren and a canine companion Luki.  Shirley holds the office of secretary/Treasurer of the Wood County Township Association and is a Trustee at the VFW Post 9963 in Walbridge. Shirley enjoys living and working in Perrysburg Township and having a job that allows her to have a voice in local government.